Why Is Sex So Powerful 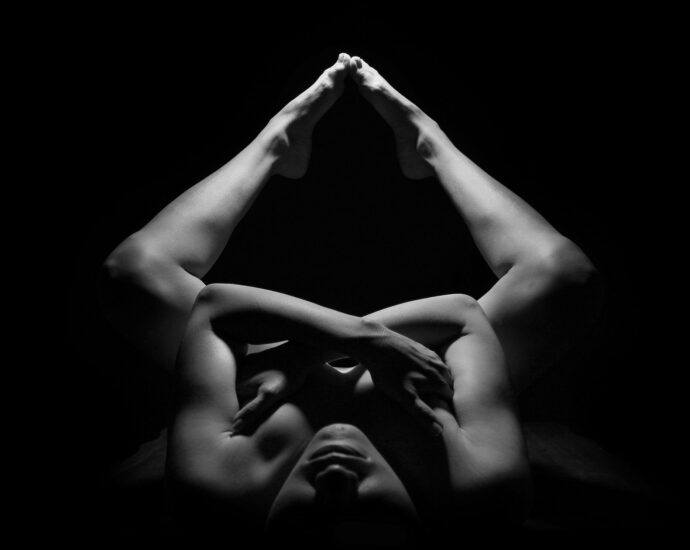 Why is sex so powerful? Sex can heal the spiritual, mental, and physical body, bring us into a higher realm of consciousness, and transmute energy into its highest form: love. Beyond the physical pleasure that the act of making love brings, there is magic to be found.

Sex positivity can be a component of progressing thru life’s journey. Sexual trauma, societal conditioning, and a deficit in one’s self-worth can inhibit some from unlocking the full potential of healing that sex can offer.

Being that most of the world population is sexually active, why is it that sex is spoken of in whispers? Why is it that religions instill in its followers a sense of shame surrounding something that is a part of every human on the planet?

It’s about control. Making humanity so docile, and out of touch with its full potential is the ultimate act of dis empowerment.

If I desired to control a population, what would be the best way to do so? I would begin with exerting control over the mind. We are limited only by our beliefs, when it comes to what is possible.

If I am able to convince an entire group that they are incapable of finding “heaven”, without of the assistance of an external source, then I have stripped them of their own power. Sadly religion and other powers that be, have created this division from humanity and source energy that we all are comprised of.

Healers, medicine men/women, empaths, and others with spiritual gifts tend to emit a great deal of sexual energy for good reason. Sexual energy is the energy of creation itself. Throughout history, these same figures have been demonized and made a mockery of.

We are almost all raised from birth that our sexual nature is something to “overcome” rather than embrace and cultivate a REAL understanding of is purpose.

I want you to stop and think about this…… Literally everyone is doing it, but the subject still makes for uncomfortable dinner conversation. Is it because sex is inherently wrong? Or is it because we have been conditioned to see it as that way? Or maybe, its a way to oppress people so that they never unlock their full potential.

Just some food for though.

What happens when a man and woman join together physically and a man fertilizes the woman’s egg? The creation of life. God is touted as the creator of all things. When we think of this immense power that a God would possess, how is it that most overlook the fact that we ourselves have the very power that is so revered?

We have the power to shape our future, create life, bring love and abundance to others, yet still doubt our place in the universe as beings worthy of the same honor and respect that we give to religious figures.

We have been conditioned to doubt ourselves and our own powers and abilities, thus rendering many virtually impotent

We are all energetic bodies having a human experience. The calm we feel around some and the discomfort we may feel around others is the body tuning into the energies of others. Through the act of physical touch, those feelings exacerbated.

Energy is easily conducted from one to another, through any kind of physical touch. While some are more sensitive to these changes, than most it still occurs even if you do not readily notice these alterations.

This can come as emotional changes, changes in thought patterns, and even manifest as physical pains for some people. This is why it is so important that you chose you sex partners wisely! It is not an issue of morality, or quantity of partners.

The fact of the matter is that individuals with high vibrational healing, and loving energy isn’t very common. Taking on a sexual partner that carries a great amount of emotional baggage with affect you at your core.

After sexual encounters with someone that carries a lot of low vibrational energy you will be left feeling empty, unloved, confused, and maybe even depressed.

You are exchanging whatever pains and heartache a person may carry. It is of the utmost importance that you seek out a healed and loving partner, if you are not an expert at healing your own energetic body.

Healing the energetic body and balancing the chakras can and will lead to higher levels of consciousness. It will increase psychic gifts and abilities and even uncover some that may lie dormant.

Making wise choices in those you allow to share your energy is more than just smart, it is a direct route to realizing your own power if you are a lightworker and/or healer.

I wondered why, in my younger years, sex was referred to as making love. A physical act can occur with the absence of love. So why is sex called love making?

Transmutation. The process of raising the vibrational energy between two people that are sharing their bodies and rooted in love, is transmuting low vibrational energy through sexual union. Believe it or not, some couples are increasing the love that exists in this plane simply by being together.

Healing power for the energetic body is possible when both partners are aware and purposeful in the act. If both partners are present in the moment and there for the purpose of expressing their love physically, as opposed to just get their rocks off, energy is transmuted naturally.

Any “bad vibes” that either of the partners picked up throughout the day can be turned to energetic gold every time they engage in sex. As one would guess, the higher the energy a partner carries, the greater the healing potential will be.

Find a partner whose mere presence brings you peace, leaves you feeling “high”, and makes you glow. And when the time is right, you can be privileged to the true healing power that sex can bring. You may notice that you don’t become physically ill as often and have more energy throughout your day.

Sex should be love in motion. It is a sacred communion of the soul. Think of it as physical prayer. Approach it as a joint meditation.

Tantra teaches us to bring awareness into your own body your focus. Ride the wave of sensation and don’t fight the emotions be they happy or sad. When emotions are stirred, know that healing is taking place and should be allowed to occur in order to reap the full benefit that sex has to offer.

Most of all don’t fight your feelings, that is the movement of energy, the transmutation of pain, and the healing of the body. It is the power of sex. It’s the road to higher consciousness that you can feel.

Use sex for the tool it was meant to be! And as always, Happy Healing.

SIGNUP FOR SPECIAL OFFERS AND MORE!